2020 was an unusual year for everyone. The COVID-19 global pandemic wreaked havoc in almost all aspects of life and many businesses suffered greatly. Luckily for us, 2020 was a busy year in Woodco HQ. Read on to find out more about what we got up to over the past few months, and what we have in store for 2021.

2. Other SSRH installations by Woodco

3. Woodco at the Awards

6. A busy year for Solar PV

Woodco’s installation at Eugene Sheehan’s Hilltop Farm in Co. Cork was the first project to successfully pass SEAI inspection and receive approval for Support Scheme for Renewable Heat (SSRH) payments to commence. With SSRH, businesses can switch to biomass heating and receive quarterly payments per kWh of heat produced, on a tiered basis, over the course of 15 years.

The project consisted of a 150kW SUPERMAX wood chip boiler and 3,200L thermal store, satisfying 100% of the farm’s heating requirements. Heat meters were installed at the point of use, and readings from these meters will be submitted to SEAI every 3 months. All installation and plumbing work was completed by
Woodco.

Eugene is a pioneer in energy sustainability. Alongside his son Ciarán, Eugene’s farm was used as a case study in a Teagasc virtual event for their exemplary use of sustainable energy systems, including biomass boiler and solar PV panels to improve their farm’s efficiency and profitability. You can view footage of Eugene’s Woodco boiler on the Teagasc website.

2. Some other SSRH projects by Woodco 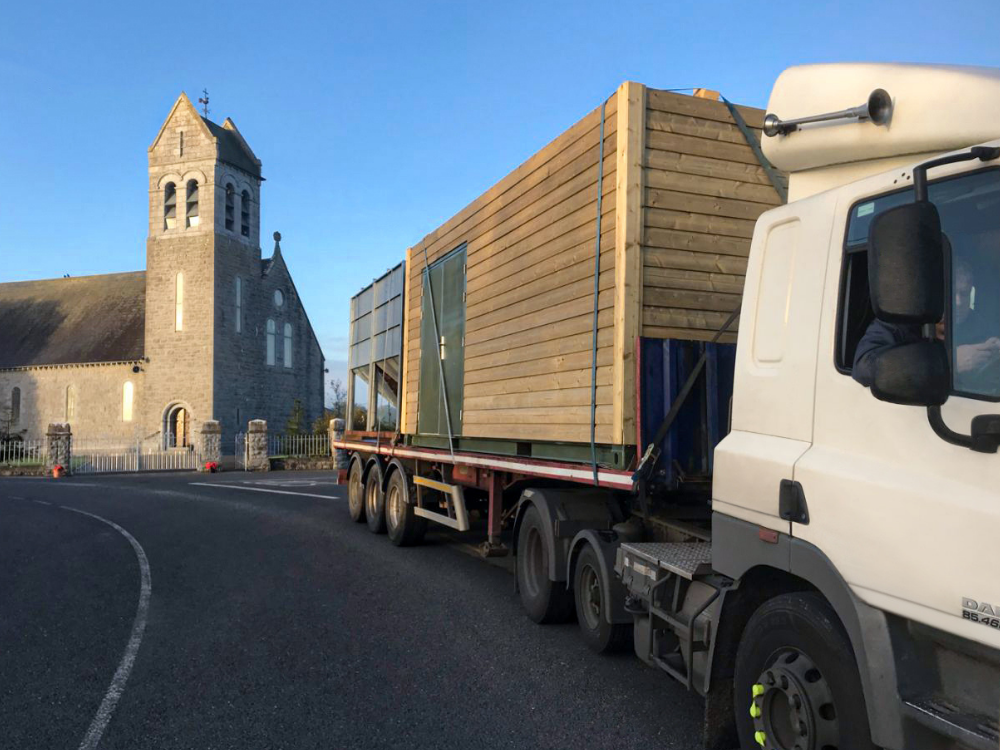 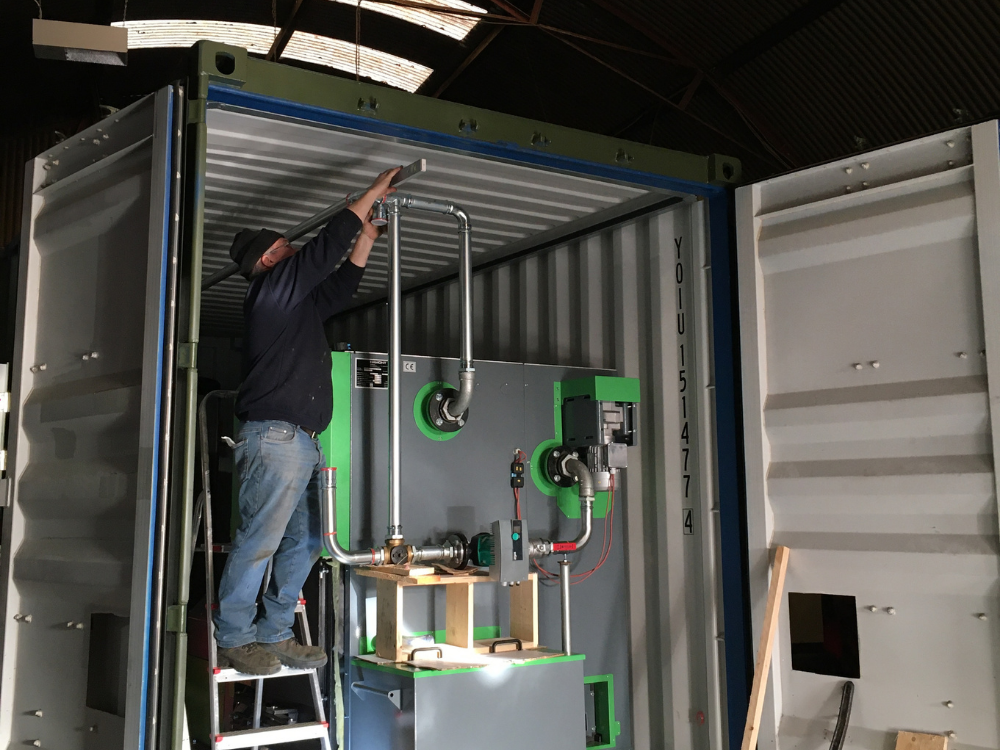 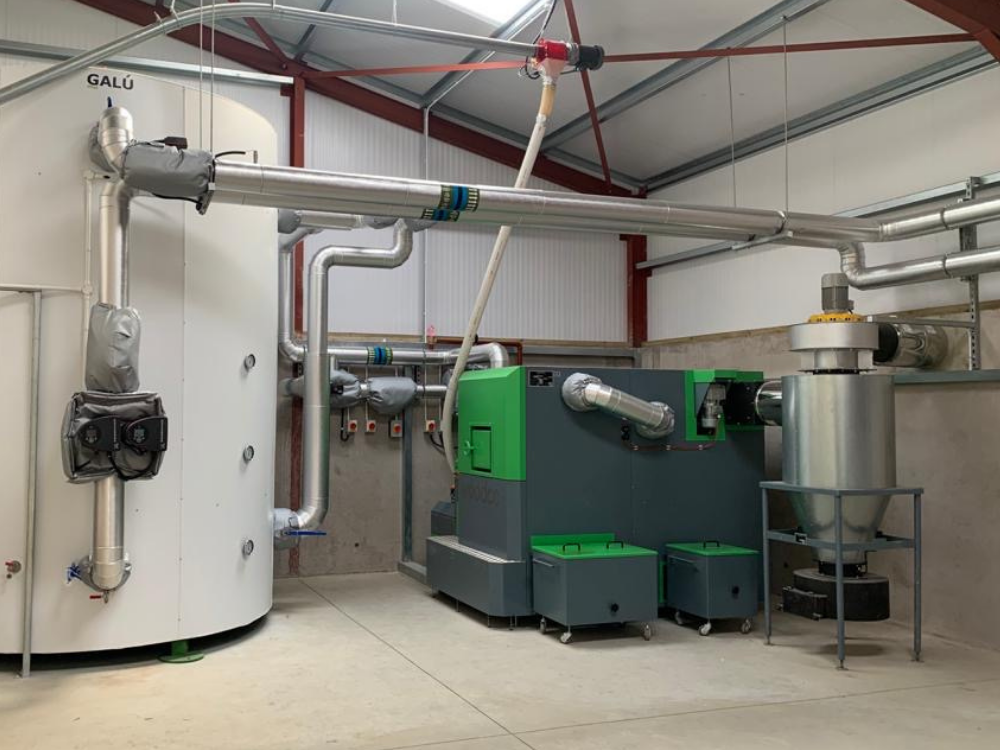 Our R&D department has received several awards for outstanding innovation. In July, Woodco’s Technical Director Declan Crosse could finally accept the “Innovator of the Year” Award from the Small Firms Association. The black-tie award ceremony was originally scheduled to take place in March, but the event was postponed due to COVID-19. Earlier in the year, we also were delighted to accept the “Green Technology Award” at the 2020 Green Awards. Both awards praised Woodco’s Biogenic Processor, a gamechanger technology which can generate heat and power from waste streams. Woodco is embedded in a culture of innovation and resilience and continued to thrive throughout the pandemic. Our innovation doesn’t stop here, watch this space for more exciting projects coming soon… 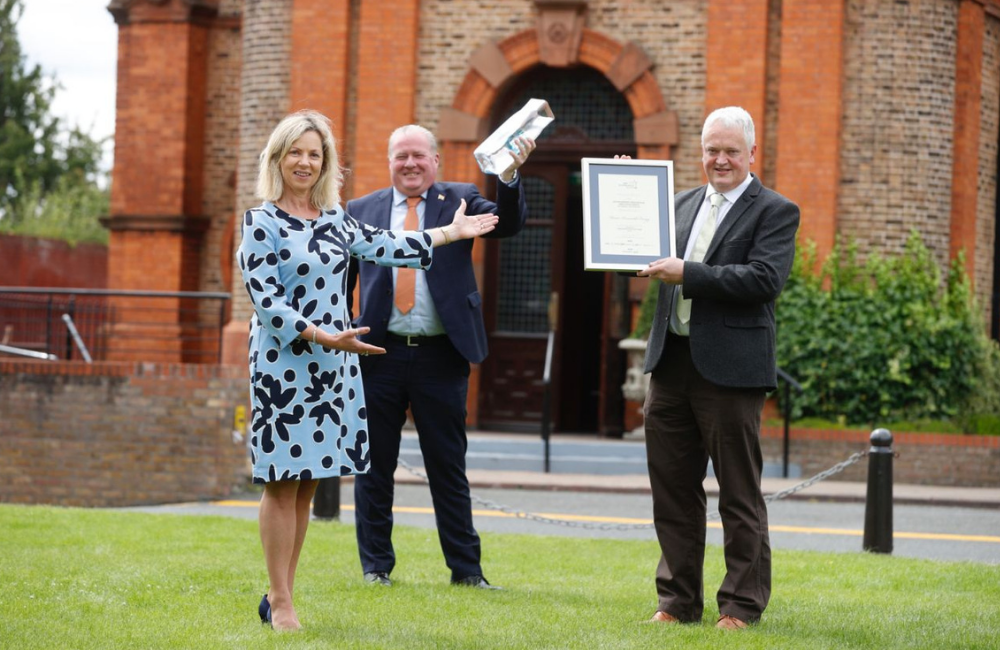 Woodco has signed a contract with the European Space Agency (ESA) to deliver a demonstration project under the Space for Sanitation programme. Following the successful completion of af easibility study funded by ESA and supported by the Toilet Board Coalition (TBC), Woodco will undertake a 3-year smart sanitation demonstration project in South Africa.

The feasibility study highlighted the public health benefits that can be realised by combining terrestrial technologies with space-based capabilities in communities where improved sanitation measures are being deployed. The integration of satellite communications, coupled with Woodco’s existing sludge treatment solution’s off-grid performance capability, supports the deployment of the overall sanitation solution even in remote locations, where there may be little or no terrestrial infrastructure.

Under the “Space for Sanitation” project, Woodco will develop a smart sanitation management platform that harnesses the latest in Internet of Things (IoT) and Artificial Intelligence (AI) technologies, and that incorporates space-based technologies that deliver earth observation, satellite communications, and Global Navigation Satellite System (GNSS) capabilities. The main goal of the “Space for Sanitation” project is to provide an early warning system for likely outbreaks of disease.

2020 was a year where events and social gatherings were shifted outdoors in favour of al fresco styles of entertainment. These outdoor interactions became the new normality, and in the times of an outdoor chill, heat was needed.

The Hot Spots were designed to allow for a comfortable setting outdoors while in the company of a vibrant flame. A fill of wood pellets to the rear entitles guests to 13kW of heat and a warm glow. Hotels, restaurants and bars have been introducing sustainable heat to spoil their guests including leaders in sustainability Daylesford Farm, Gloucestershire (UK), and Hotel Doolin, Co. Clare. We look forward to providing further comfort and enjoyment indoors and outdoors with our new ‘woodco pro’ range of lifestyle products.

As we enter into the future of sustainable living, new products emerge as superior to previous products using fossil fuels which are heavy on emissions. To support the transition to a sustainable future, we have launched our new showroom displaying the best in sustainable lifestyle products.

For lovers of the outdoors, we have BBQ’s, Pizza Ovens and heaters which give a glimpse into the future of al fresco style living. Indoors, we have Italian built Cadel stoves which offer timeless design and reliable heat with an A+ efficiency and Eco design 2022 conformity.

Open for booking, you can arrange a visit to our showroom by contacting us today – hello@woodcopro.ie.

6. A busy year for Solar PV

The SolarCo team was as busy as ever this year with both domestic and commercial installations. Most notably, in September the team completed a 121kWp installation at Germinal Seeds plant in Thurles, Co. Tipperary.

The installation, which consisted of 332no. Longi 365w solar PV panels, was carried out alongside Tipperary Energy Agency as part of the Better Energy Communities grant scheme. For more information on commercial and domestic solar PV, or how your business or community can benefit from this grant, call us on (062) 74007 or email info@solarco.ie.

Work in progress @Germinal_Ire where 121.4 kW of #solarPV has been mounted on the roof by Woodco Renewable Energy who also sent us these great drone shots of the panels on the roof. pic.twitter.com/LvJOYyJjFO

Woodco is always on the lookout for motivated and enthusiastic people to join our team. In 2021, we will be working with Irish third-level institutions to create a work placement position for a student in Sustainable Engineering, or related discipline. We want to offer an exceptional hands-on learning experience for some of Ireland’s emerging talent. For enquiries, email info@woodco-energy.com.